It came in with a whisper, but it hit the ground running on July 21, 2011.
Its the brand new Consumer Financial Protection Bureau that Wall Street and the Republican Party fought so hard to abort.  Its mission:

Find the CFPB at http://www.consumerfinance.gov
Posted by Robert G. Berke at 11:52 PM No comments: Links to this post

The Rabbi is clearly a teacher and an adherent of traditional Judaism and for him to be disingenuous about either the text of the Torah or the traditional rabbinical interpretations thereof is not even possible.  In his mode of thought there are two strong forces at play.  First, is the belief that every act and every event on earth has a heavenly or spiritual corollary and that the Torah contains the roadmap for reconciling the two states of existence.  Second is the seemingly irreconcilable conflict between self-determination and pre-ordination.
The rabbi, I am certain, has no doubt in his mind that it was G-d who created some people with homosexual urges.  Indeed I would be surprised if he didn't view that urge as a blessing from G-d as G-d is known to conceal the greatest blessings in the most difficult places.  Every Jew, individually, has a certain wiring within them which makes them uniquely suited to unconceal those blessings.
The Rabbi is not suggesting that there is a cure for homosexuality or even that homosexuality does not exist.  He does, however, recognize it be an unrealized blessing that G-d has given to certain of his people and that the failure to evoke that blessing on a spiritual level will manifest itself in unrest on both a temporal and spiritual level.
Further, as a Rabbi, he knows that the answers to all of life's questions can be found in the Torah.  But not all of the answers are for everyone either. The Rabbi may not himself be gay.  But, unless he is a true Zadik, even he would acknowledge that his temporal self contains some wiring that he must constantly adjust in order to follow the commandments.  Because of his faith; however, he can likely view those struggles as a joy and he can covert those struggles into joy only by virtue of a deep understanding of himself and a deep understanding of the Torah.  He is not suggesting that he can understand another person's unique wiring anymore than another person could understand his.  Just as he has the particular qualities that caused G-d to give him his mission on Earth, so to did G-d give the homosexual the particular qualities for him to accomplish his.
Notably, neither the Talmud nor the Bible suggest that anything other than homosexual ACTS are "an abomination."  The Rabbi has not said that the thoughts or urges of a homosexual are in any way wrong or invalid.  They are creations of the same G-d who created the earth.
Indeed, I think that every person who has ever raised his hands to the heavens (or ran away from home, or killed themselves) asking, "G-d, why did you make me gay? (or tall, or smart, or ____" or otherwise in spiritual conflict could be well-served by understanding the spiritual underpinnings of their difference.
So, while the Rabbi is being quite blunt about the fact that acting on homosexual urges creates a spiritual and temporal disturbance, he in no way is rejecting the notion of homosexuality, invalidating its reality, or even suggesting a person with homosexual feelings would not be accepted into the community or would be rejected by it.  In all likelihood, the Rabbi would simply begin to instruct that person on some very fundamental Jewish concepts: laws of kashrut, the oneness of G-d, the beauty of the sabbath, and in doing so, that Rabbi (again, I am certain) would have absolutely no doubt in his mind that as the individual studied Torah, G-d would gradually make it easier for him to become observant.
Now, after having sounded like an apologist for the Rabbi, let me make it clear that I DISAGREE WITH THE RABBI ON A VERY KEY POINT.  The Rabbi suggests that there has been legislation that favors homosexuality.  He is wrong.  More accurately, there was UNLEGISLATION that restored FREE WILL.  The Lord takes the greatest pleasure in service done in FREE WILL and it is why he gave us the Torah and not the angels.  Now that there are no CIVIL OR CRIMINAL prohibitions or punishments for homosexuality or gay marriage, those who choose to be observant are observant only out of love for G-d's laws and not out of fear of the government.  This creates the opportunity for the performance of even greater mitvot!
Baruch Hashem.

Posted by Robert G. Berke at 10:04 PM No comments: Links to this post 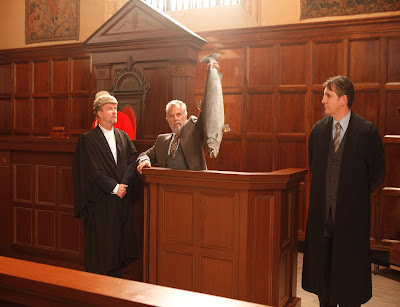 Posted by Robert G. Berke at 1:28 PM No comments: Links to this post