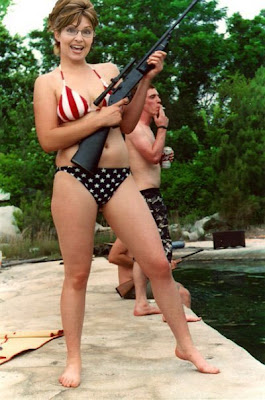 Who is Sarah Palin? Here's some basic background:

"Choice of Palin Promises Failed Energy Policies of the Past," League of Conservation Voters, August 29, 2008
http://www.lcv.org/newsroom/press-releases/choice-of-palin-promises-failed-energy-policies-of-the-past.html

"Protecting polar bears gets in way of drilling for oil, says governor," The Times of London, May 23, 2008
http://www.timesonline.co.uk/tol/news/environment/article3987891.ece